Freshmax Chairman, David Smith, is delighted to announce the appointment of Murray McCallum as Group CEO effective from 21 December 2017. 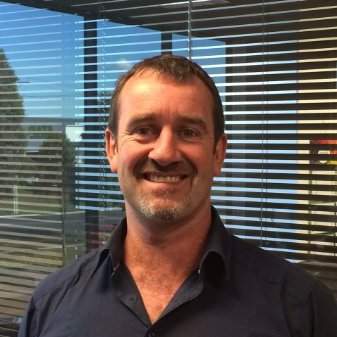 In making the announcement Smith commented, “Developing strong leadership and providing career growth opportunities for our people has been a key focus for our Group as we have expanded. Murray has grown up in our industry. We are delighted to be promoting a candidate of his quality from within the Group. It reflects the internal strength of our leadership team and is an exciting development for our business.”

McCallum has 30 years’ experience in the horticultural industry and was a lead proponent of the merger of Valleyfresh and Freshmax in 2014. Shortly thereafter he was appointed CEO of Valleyfresh. Under McCallum’s stewardship Valleyfresh has expanded its international operations significantly and quadrupled its contribution to Group earnings. McCallum transitions into the CEO role following the conclusion of Peter Ellis’s eighteen month contract to integrate the various business units of the expanded Freshmax Group.

In addition to McCallum’s promotion, Freshmax welcomes back Andrew Common to a senior leadership position. Common has spent the last 3 years in Zespri’s Singapore office developing distribution and sales networks throughout the fastest growing kiwifruit markets in Asia. Having spent the majority of his career before this with Freshmax, in both domestic and international marketing roles, Common will return to his roots in March 2018 to take over the New Zealand CEO role from Geoff Taylor. Geoff will stay with the business until around the middle of 2018 to ensure a smooth transition before he pursues his other business interests.

Freshmax has a strong platform to continue its international expansion.

David Smith added, “On behalf of the Freshmax Board, our majority private equity owners and our management and grower shareholders I would like to thank Peter Ellis and Geoff Taylor for their contributions and the leadership they have displayed as we have transitioned our organisation into an international business. With more than half the Group’s A$650m revenue base now coming from international business units Freshmax has a strong platform to continue its international expansion.”

My focus is to build on that and develop an even stronger culture to take us to the next level.

Incoming CEO Murray McCallum commented, “Leading Freshmax through its next expansionary phase is an exciting opportunity. We have a great team. They are, and will continue to be, integral to our success. My focus is to build on that and develop an even stronger culture to take us to the next level.”

In handing the reins over to McCallum, Peter Ellis stated “Murray McCallum is a highly energising leader and a galvanising force. It has been a pleasure to work with Murray and the wider Freshmax team for the last 2 years. I have every confidence that Murray, Andrew Common and the wider team will continue to build on the momentum the Group has worked hard to develop.”

Prev Back to News Next

For our latest response in relation to COVID-19, please read this article: https://www.freshmax.group/blog/freshmax-group-covid-19-update/ Welcome! We use cookies to help this site function properly and to analyse site traffic. To continue using our site, you must consent to our use of cookies. Please click here to learn more about our Privacy Policy